Dash&Slice is a game for 2 or 4 players, when they compete between them in 4 differents maps. Hit with your weapon, shoot, reject the shoots of your enemies, jump and use your final attack to win!

In the arena mode, you can play in 4 differents maps:

- The Factory: The main map, with a few platforms and a conveyor belt down. The tape is where the relic appears, but be careful, because you can end up in the fire.

- The Moon: On this map, there is little gravity, so it takes longer to reach the ground. But be careful, because from time to time, some deadly rays will appear.

- The Bunker: On this map, there are three bunkers. From time to time, one of them will begin to emit lights, it will be the only one that will close. Finally, their doors will close, leaving out those who have not been able to enter, and a deadly lava will finish them. Players within the bunker will survive and score points.

Also there is the Arcade Mode, where you can compete with up to 3 players more, in a endless career surviving the maximum time possible and obtaining the highest score.

There are 2 playable characters, with their different final attacks:

- Ninja: He becomes a whirlwind, throwing a lot of swords horizontally. While in this form, he is invulnerable, can jump and move.

- Cyborg: After a short delay, launches a huge shot with his cannon in the direction he is looking. He can not move or jump while shooting.

It is recommended to play with a controller to the game.

- Maximum of players with controllers: 4

- Maximum of players with keyboard: 2 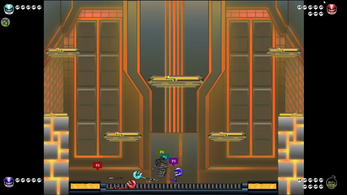 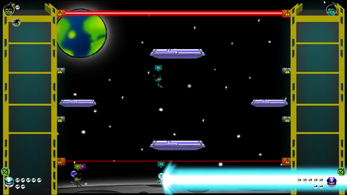 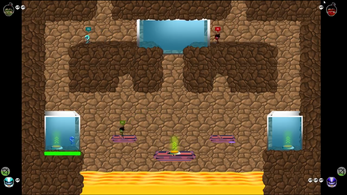 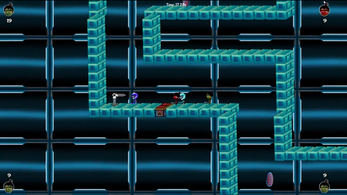